Ni Wakati, which means “It’s time” in Swahili, started as a community kitchen project in May 2007. The community kitchen idea arose following interviews conducted with newcomer African immigrants and refugees women living with chronic illnesses/health conditions as well as their healthcare providers, where it was clear that these individuals were isolated partly due to multiple barriers, illiteracy, lack of understanding the Canadian health system and the stigma that exists around certain chronic illnesses in the general community, and particularly within African communities.

The community kitchen was conceptualized as a way for the women to connect, share food that they prepare together, discuss their needs and talk about how the stigma around their common chronic illness/health conditions is affecting their communities and their lives. It was a place for ideas to be born, strength to be shared, and challenges to be met.

The community kitchen evolved into a formal Society (AWHSS) that would be better equipped to address more of he women’s health concerns and needs.  In January 2009, Ni Wakati became (AWHSS) AFRICAN WOMEN’S HEALTH SERVICES SOCIETY and incorporated under the Society Act of British Columbia, designated as a Charitable Organization.

Since then, the organization’s mandate has evolved to advocate and addressing issues that affect the women in the course of their settlement and integration in the Canadian Society, including supporting them in making informed choices about their health’s concerns and needs in a linguistically and culturally sensitive manner. We provide safe access to support, education and assistance for African refugee and immigrant women throughout the Lower Mainland of British Columbia. Ni Wakati/AWHSS provides leadership and advocacy around the social determinants of health that affect African women living with chronic illnesses/health conditions. 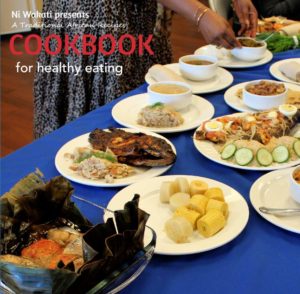